There’s nothing underneath the veil except Islam – Europe anno 2016

Cast of the veil of oppression and join the sexual liberation sister! – White women saving brown girls from brown men

So here I am, a 33 year old man born of a Moroccan father and a Norwegian mother, the end result of a Christian woman and a Muslim man having….sex. There’s no two ways about that story, that’s how it was for me, that’s how it was for you, we are the product of that act. Now 33 years later I am sitting here trying to figure out how to write something sensible about Islam and sexuality in Oslo in 2016, but what can I say? Where should I start? With my mom and dad and their story or should I start with someone else’s story? Should I start with something academic and smart or anecdotal and polemical? Let me first start out by charting out my key points in this essay and how it relates to the question of Islam and sexuality in Oslo in 2016. My first key point that I want to touch upon is how sexuality and sex is a topic in any and every ethnic and religious group in Oslo today; it is policed and controlled by certain mechanisms and as such Islam is no different than any other religion, yes its control mechanisms are different but as any religion it has a broad range of effects, or rather there is great variety in terms of how strict and controlled sexuality is managed within the Muslim communities (communities in plural mind you!). 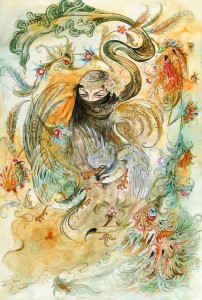 Now the second point I want to briefly touch upon is the veil as fetish, a topic I myself distain but that I have to talk about in order to shed some light on how the veil, on both side of the divide,  minority and majority population alike has made this item into a mystical and strange piece of clothing. Its something that must be unveiled in order to be in synch with western sexuality, or it represents the totality of Islam, as if to be the metonym of an oppressive religion, leaving no space for sexual freedom or movement. Or it becomes a fetish of white men wanting to unveil, to see what’s underneath it and in the process mark off some sort of exotic conquest that they finally managed to check off some list in their imaginary world where Muslim women represents the last frontier of an Orientalist dream of sexuality, a theme that has historical roots way back into the colonial period.