As long as they do not curse those who we deem sacred, we do not have any problem with them. This statement was given by late Israr Ahmed, a senior Salafi scholar in Pakistan. He was referring to Shia Muslims practice of tabarra, in where certain companions of the Prophet are criticised and even cursed due to events during the civil war following Prophet’s death.

This statement could not gather enough attention, but it tells of a certain mind-set, which is the crux of majority and minority rights in several Muslim majority countries. Israr Ahmed was not the only one to ever have suggested this trade-off between granting safety in return of letting go of what a believer considers a religious obligation or practice.

END_OF_DOCUMENT_TOKEN_TO_BE_REPLACED 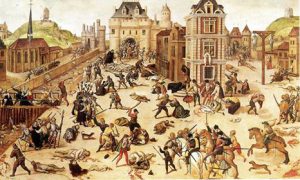